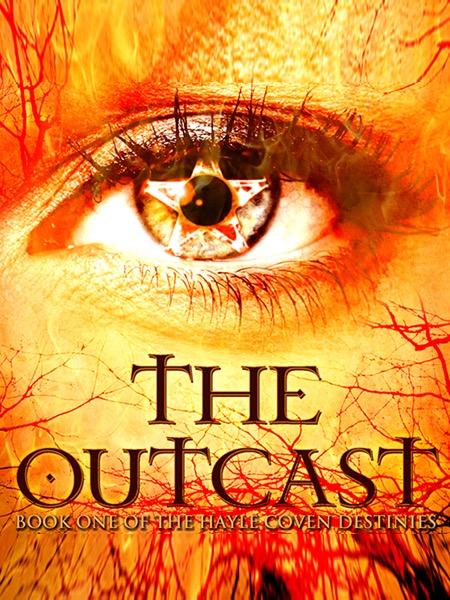 I dodged to the left, dipping my head over Max’s rough shoulder as the wide-open mouth of our attacker spewed neon green acid in my direction. My shields shuddered under the touch of the potent fluid, bursting into flame and smoke, washed away in the beating of my drach friend’s giant wing strokes.

The ball of rainbow magic in my hand sizzled in my palm as I took aim on the nasty critter now winding its way beneath us and tried to focus. A little lower, Max. He obliged immediately, banking to the left and dipping his massive, gray scaled head. Right in the path of my throw. You’re blocking my view.

My apologies. He actually sounded like he was having fun. Imagine. Then again, as he turned his big noggin to the right, long neck snaking his face out of the way, I had to admit the thrilling bubble in my stomach was my very own brand of excitement.

Seriously, Hayle. Get a grip already.

The reptile-like creature slithered through the air, clearing Max’s bulk. Shining teeth made up most of its scaled face. Two pinpoints of black eyes and one bare slit just above the glittering fangs were almost lost in the gaping of its mouth. A high pitched squeal assaulted my ears, making it down to my bones, sending shivers through me. Wingless, flying by energy alone, it twisted sideways, thin, ribbon-like body snapping into a multihued coil. Spit sizzled another round of its horrible venom our way.

My shields could handle it. This particular creature might be slippery, but it wasn’t all that clever. As though he was reading my mind—and perhaps he was—Max turned on his side, one wing over my head, giving me a nice, clear view of the pale lavender horizon and two suns cresting the distant mountains. And, even better, the monstrosity attacking us.

My arm drew back even as my power built inside the hissing ball of magic. While it wasn’t necessary for me to actually throw the weapon, I took great satisfaction from doing so.

With the practiced pitch of long experience, I let the ball of multicolored fire fly, letting out a whoop of success as it impacted solidly in the center of the twisting creature’s face. Its squeal was muffled this time, not the penetrating nasty I’d been enduring since this fight began. The rainbow power of my attack split into ribbons, forming a net of magic around the creature’s head, smothering it. Tail thrashing, it fell beneath us, plunging to the deep purple lake below, a large splash marking its passing.

My hand swiped at a trickle of sweat running down the side of my face as I patted Max’s scaled shoulder. Nicely done, big man.

Not so bad yourself, my friend. He turned in a slow arc, both of us watching his people far below. Only a handful or so of the odd creatures remained to be dealt with, a far cry from the hundreds of twisting, vicious whatever-they-were that showed up as a pack last night. At least, I thought it was last night. It was so easy to lose track of time when I was on other planes, fighting with the drach.

Brilliant idea luring them here, I sent as Max hovered in place. His big head turned toward me, one diamond eye spinning with power.

Indeed, he sent. I had hoped our current strategy of drawing them to an empty plane might make our job easier.

Did it ever. Hard enough fighting these creatures who crossed over from the other Universe, but doing so in the veil made tracking them all down almost impossible. At least if we managed to lure them to a plane and forced them to cross in our wake or drive them through an opening we created, we could trap them and deal with them in a contained environment. We had, as yet, to discover a species who could use the veil on their own, so it worked most of the time.

Should we do a sweep to see if we missed any? Wow, did I actually sound eager? Max had the good sense not to tease me about it. But, damn it, this was fun.

Yeah, I admitted it. Fun. Sigh. Something was seriously wrong with me.

I believe we captured the entire swarm, he sent, faint amusement in his mental voice. Your assistance is appreciated, as usual, Sydlynn Hayle.

Weariness had begun to set in and, as I rolled my throwing shoulder, eyes scanning the drach cleaning up the last of the mess below, I realized I was tired. Tired and sore and probably ready to go home after all.

Any time, I sent as Max raised his head and widened his wings, thrusting upward. A gap appeared in the veil, shimmering around the edges with the glitter of diamonds as he plunged us through. It felt weird to be in the veil again, the muffled darkness hugging me close as the slice sealed shut behind us. Until the next time.

Max grunted in my head. Is it just me, he sent, or does it seem no matter how hard we try, we are unable to eradicate the threats which emerged when the veil between Universes was damaged?

I didn’t want to go there, had actually dreaded the conversation. Because I knew where it was going. The giant first race of drach were the most powerful creatures in the Universe—in our Universe, anyway—and though their leader was a very dear friend, I still felt uneasy reminding myself all of this mess was kind of my fault.

Okay, so Fate had a lot to do with it. Like my purposeful creation and development from ordinary witch to powerful maji. The discovery of my drach heritage. And the fact everything I went through to get to this point was, as it turned out, fated long before I was born. I suppose I shouldn’t have felt any guilt over our present predicament. My son, Gabriel, may have opened the way between the two Universes, but it was Max and his people who divided them in the first place, wasn’t it?

Syd. Max’s voice was soft in my head. I’m sorry. I know where your mind is going.

I shifted on his back, uncomfortable that he knew, though I patted his neck ridge so he would know I wasn’t angry. It’s okay, I sent. And sighed. We all played a part, didn’t we?

We did, he sent, body effortless in the vastness of the veil, soaring over glittering divisions between planes. Every time I came into the rubbery membrane separating the worlds of my Universe, I was in awe of just how vast this place really was. But it couldn’t distract me today, not with my mind going where I’d tried to keep it from wandering. My son’s kidnapping and subsequent control by Ameline Benoit could not have been avoided. I still cringed at the memory of the loss of my first husband, Liam. Gabriel’s father’s death was also fated, damn them. But you won, in the end, as you always do. Max’s mental voice broke my whirling thought process. And I know we will succeed now.

It’s been seven years, Max. I leaned forward and rested my forehead on his neck, weariness washing over me in waves. You would think we’d have made some headway by now.

Perhaps if Demonicon’s Node hadn’t fallen, he sent, banking right as we neared my home plane at last. But the damage done when Meira was forced to rebuild it allowed even more creatures through.

I remembered. My sister’s fight to become true Ruler of Demonicon almost broke her and the entire Universe. But she made it through, was stronger for it.

How long do you think we’ll have to keep doing this? Oh, Syd. Syd. So transparent my eagerness, even when weary from this most recent fight.

A while yet, Max sent. I’m certain there are still many more creatures who escaped the Dark Universe and came here, now hiding among the planes.

We’d encountered a few that weren’t a threat and left them alone on abandoned worlds. But the harmless ones were few and far between. I had no desire to visit the Dark Universe—even if that was possible—if all they bred were violent, nasty and dangerous creatures like the ones we’d fought over the years.

I wonder how many of our own creatures crossed into their Universe? It had been on my mind for a while.

There is no way of knowing, Max sent as the air before him split and gaped wide. His body shifted, shrinking even as we plunged forward toward the darkened basement on the other side of the rift. Though from the empty planes we’ve been uncovering, I fear we’ve lost whole civilizations to the other side.

I hope they are okay. I leaped from his back as he stepped out into the quiet, my sneakers squeaking on the concrete. Max’s diamond eyes glowed as he smiled a little at me, gray toned face softly marked with tiny scales. He bowed his bald head.

“As do I.” His deep voice matched the rumble of his mental one, the edges of it touched by the hint of the song of the drach. I hugged him, impulsive, my shoulders aching from the battle, but I didn’t care. Max embraced me with his powerful arms, the powder scent of him touched with a hint of smoke from the fight. His gray robe felt soft under my cheek as he spoke again. “We do what we can, Syd.”

I nodded into his chest before leaning back and stepping away. Bitterness bubbled and I did my best to contain it, rubbing at the goosebumps that rose on my arms. “Would be nice to have a little help,” I grumbled.

Max sighed, a soft sound that nonetheless stirred the air around me. I wondered sometimes if his human shape actually hid the dragon within, like an illusion. Everything about Max was larger than life. “The maji,” he said.

Damned, cursed, wretched maji. “You’d think for once they’d get off their sorry asses and give us a hand.” I did my best most times to forget about the pathetic race I’d become part of. But, I shared none of their refusal to act. The second race of the Universe, they feared interference and, no matter the risk facing us, had always refused to assist.

Cowards, the lot of them.

Max’s smile was gone, but his gentle presence helped me settle down.

“A time will come,” he said, “when even they will be forced to admit their need to act.” I highly doubted that, but I was too tired to argue. “For now, we are more than enough.” I grinned at him, nodded. Way to make me feel better. “I will let you rest,” he said. “Be well, my friend.”

“You, too.” I waved as he turned and entered the gap, hugging myself when it sealed behind him, leaving me alone in the quiet of the basement under my house.

I turned to face the one waiting for me, not sure if I should expect a lecture or not. 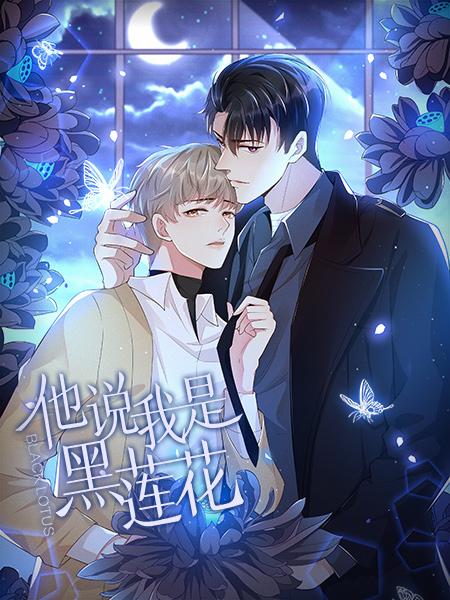