Groom of the Tyrannosaur Queen 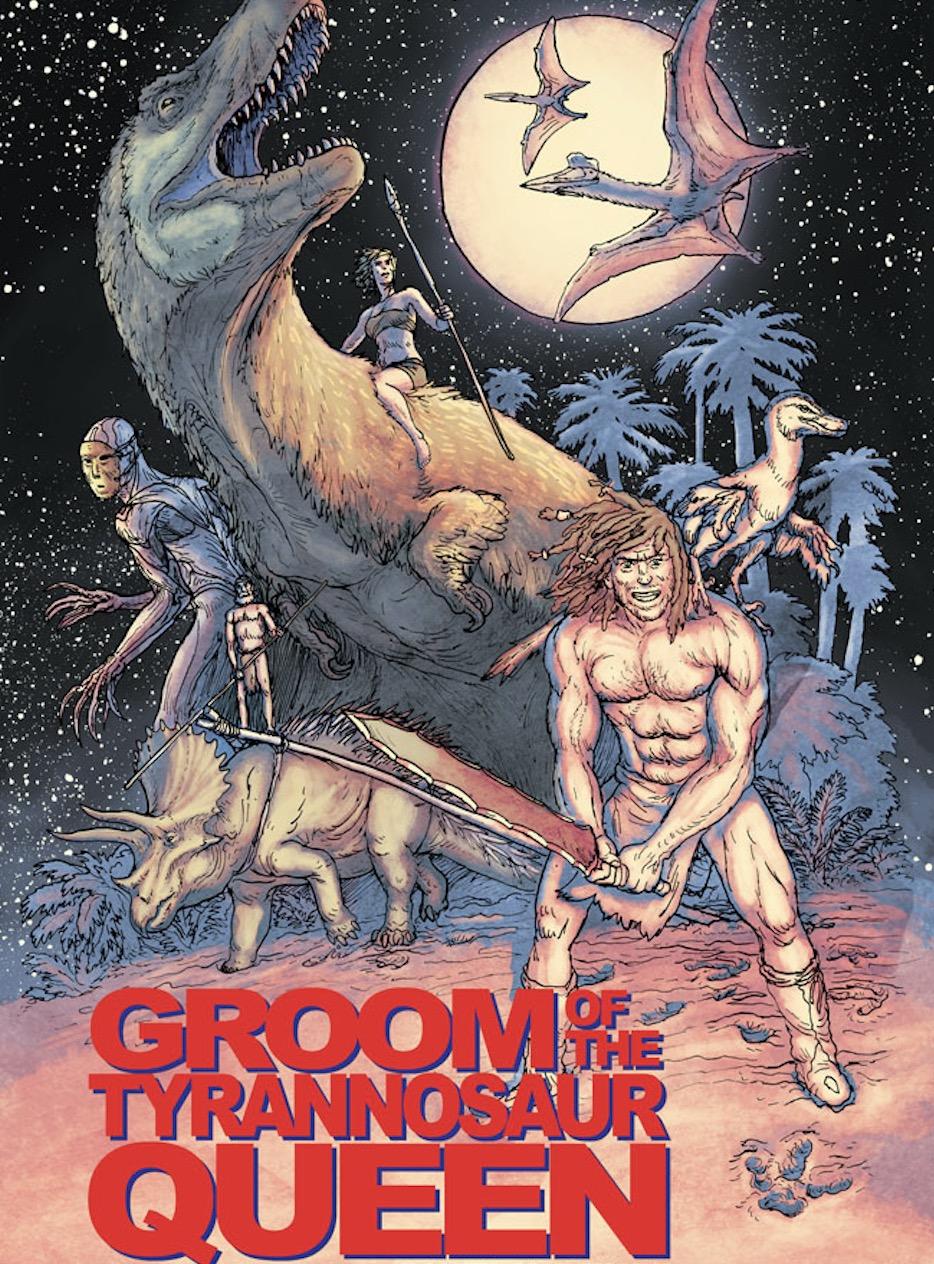 Former soldier Andrea Herrera isn't happy with where her life has taken her: Hell Creek, Montana, 65 million years before the present. When their time machine malfunctions, Andrea and her paleontologist clients are trapped in a timeline that shouldn't exist with something a hell of a lot more dangerous than dinosaurs: other humans.

Kidnapped by the stone-age descendants of a lost time colony, Andrea finds herself stripped of her technological advantages and forced into a war against the implacable armies of the Slaver Empire.

Andrea's only hope lies with the ferociously intelligent and violently insane tribal war-leader, Trals Scarback. Can Andrea persuade him to see her as a partner rather than a tool for his ambitions? Only if she beats the barbarian at his own game and becomes the Tyrannosaur Queen. This was hella awesome! I really enjoyed this story!!!!