Racing Hearts: Will the Actress Marry Him? 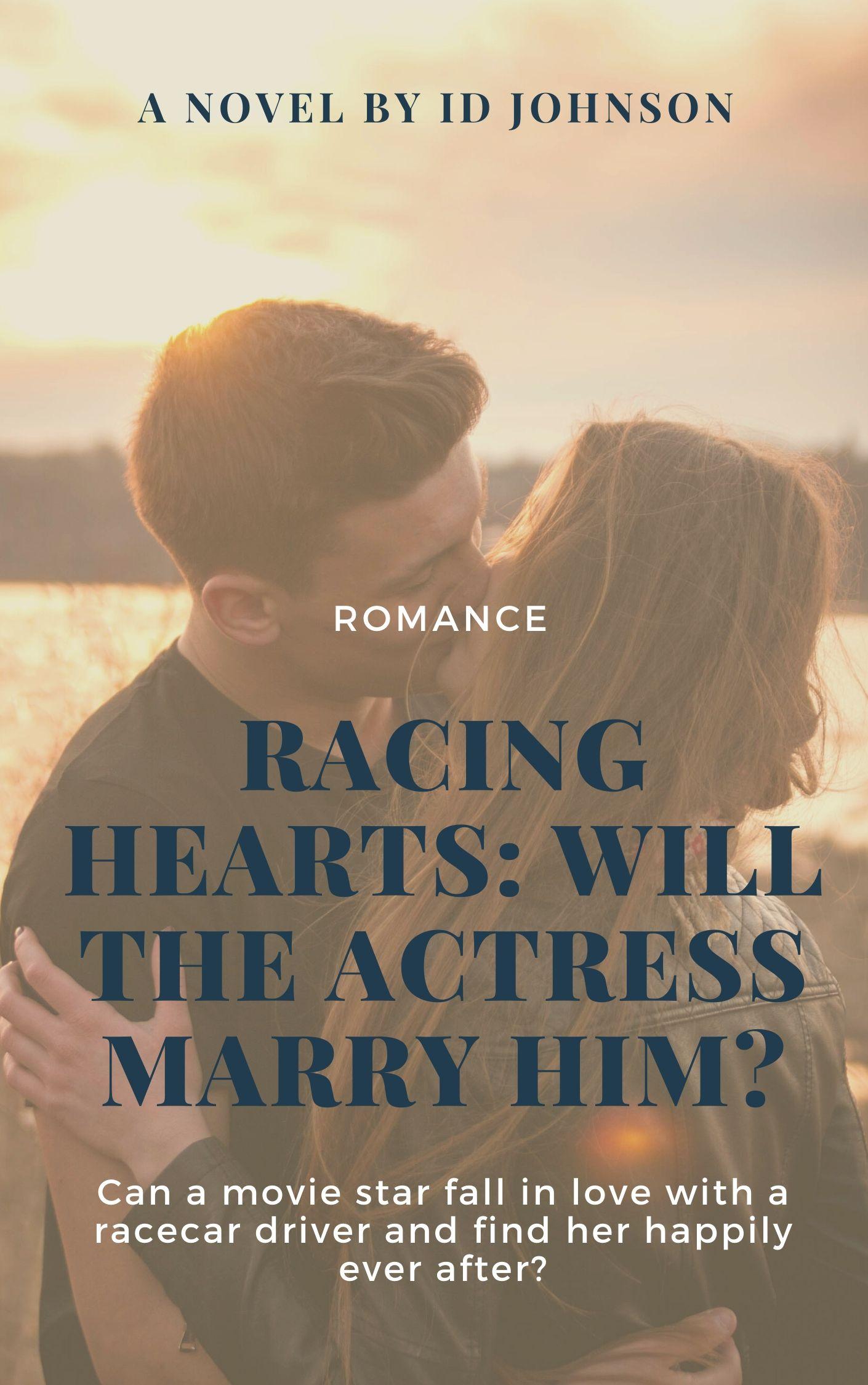 Can a movie star fall in love with a racecar driver and find her happily ever after? Not if his ex-girlfriend has anything to say about it!

Andrea Sparks isn’t looking for love when she runs into famous racecar driver Case Meyer on the way home for Christmas, but when bad weather forces them to spend time trekking across country together, she starts to think maybe he could be the one for her.

Unfortunately, Case used to date Sarah Lockton, Andrea’s sworn enemy, and it’s clear Sarah isn’t done messing with both of their lives. Will Andrea and Case find a way to overcome Sarah’s attempts to thwart their happiness, or will Sarah manage to keep them apart forever?

Racing Hearts is a contemporary romance where two actresses with a history of problems vie for the same man. Full of twists and turns you won’t see coming, you’ll keep reading until the very end! If you like stories full of surprises—like secret siblings, shocking pregnancies, and forbidden relationships—you’ll love Racing Hearts.

Excerpt:
With a strong stroke, Andrea propelled herself forward under the water, forgetting about everything except getting out of that pool. Andrea’s arms swung forward, as she intended to take another stroke, but as her arms pulled back, she went nowhere.

Panic filled her mind as Andrea turned to try to see what was happening. It was then she realized it wasn’t just the weight of her heavy skirts and boots that was preventing her from moving forward. It was Sven—his large arms were wrapped around her waist, and rather than helping her to swim to the other side, he was holding her in place!

She looked him in the eyes, and even behind his large goggles, she could see an evil gleam in his eyes and realized he wasn’t there to help her at all. He was there to kill her!

Andrea twisted in his arms, her fingernails flying in his face and drawing blood, but he wouldn’t let go. If anything, he seemed to be laughing. She continued to fight him, scratching at his face, twisting and turning until her lungs burned and her muscles grew tired. He wouldn’t budge! He was going to hold her there until she drowned!

As Andrea continued to fight for her freedom and her life, she couldn’t help but think if Case. What would happen to him when he heard that she’d drown? Surely, Sven had engineered this so it would look like an accident. There was no question he had her between cameras on purpose so no one could see what he was doing. He’d be questioned, but they’d never think a professional diver would do this on purpose. Unless, of course, he wasn’t even a professional diver, not one that worked for the studio anyway. Had Sarah arranged this somehow?

Andrea couldn’t let him kill her. She couldn’t let Sarah win. She knew that Cam or someone would come to see why she wasn’t resurfacing soon, especially if Sven didn’t come up either. Her lungs were completely empty, and the desire to take a breath was overwhelming as her head swam and became fuzzy.

With all of her remaining strength, Andrea pulled back her fist and punched Sven in the jaw. His head moved backward, and the mouthpiece to the scuba tank came free. Andrea managed to grab it and take a deep breath, which reenergized her enough to continue the fight. Now, Sven would have to fight for air.

He wasn’t about to let her keep the apparatus, though. He let go with one hand to try to snatch it from her, his thick fingers digging into her side. Andrea took advantage of him letting to and kicked as hard as she could, sucking in another draw of air. She was almost in camera range. If someone was watching the monitors, which she knew they’d have to be, they’d see she needed help.

She kicked Sven again, and he let go. Andrea’s instincts aid to propel herself up and over, which she did. Her head hit the bottom of the faux ship hard enough to rock it. Stars filled her field of vision, but she had to keep fighting. The apparatus came free from her mouth, but she knew the camera could see her now. Still fighting, she tried to take another stroke toward the ladder. She could see it, but it seemed so far away. A strong hand clamped down behind her, grabbing her ankle.

Andrea bucked up again, her head hitting the boat for a second time. This time, the stars won. Her lungs were burning again, and she desperately wanted to take a breath, but as her mind went blank and everything went black, Andrea had a feeling she would never see Case again.